“…She is a soloist by nature but also a fine chamber musician always ready for new challenges…”-Hans Pålsson.

Praised by International Piano ( August 2019) for ” an imaginative programme, brilliantly performed…” pianist Julia Sigova has received wide acclaim for her powerful performance, her poetic interpretations and her innovative programming across a wide repertoire ,which often includes lesser-known works from the Russian and Romantic repertoire.

Since Ms.Sigova’s debut with The Malmö Symphony Orchestra in 2010, she has become one of the leading female concert pianists in Scandinavia. She has been invited to perform at many prestigious festivals and venues worldwide including La Biennale in Venice, Societa dei Concerti in Milano,Satie Festival in Paris, Britt Music Festival in Medford, Båstad Chamber Music Festival and Music in Tagaborg in Sweden as well as St.Martin in the Fields in London, among others.  Some of the many musicians and conductors with whom Ms.Sigova has performed include:Håkan Hardenberger, Susanne Resmark, Mats Rondin, Marc Soustrot and others.

Her  many awards and scholarships include not only the prize of Best Pianist in the Öresund region in 2008,but Julia Sigova was also  designated  the Best Female Classical Artist in Sweden by the Fredrika Bremmer Foundation in 2011.

Julia’s recordings are often broadcast on radio around the world. She also performed on Swedish TV in the very popular program “Kulturfrågan kontrapunkt”.

Born in Minsk, Belarus, Julia showed an early musical talent, beginning to play piano at the age of 6. After finishing Glinka Music High School in Minsk she was invited to study at the Malmö Academy of Music in Sweden, completing her Soloist Diploma with prof. Hans Pålsson, and subsequently studying at the Sibelius Academy in Helsinki.   She continues her education as a soloist under the guidance of prof. Norma Fisher in London and prof. Konstantin Bogino in Italy where she was his assistant.

In addition to her performance career, Ms.Sigova is deeply comitted to music education, and is the founder of the International Piano School “Sigova PianoForte” in Malmö, Sweden. She regularly appears as a member of the jury at the international competitions and gives master-classes across the world. Ms. Sigova has extensive experience and owns a diverse chamber music repertoire . She is organizer of the chamber music concert series ” Salon de Musique ” in Malmö. Julia is also founder and artistic director of Malmö Yamaha Piano Competition. 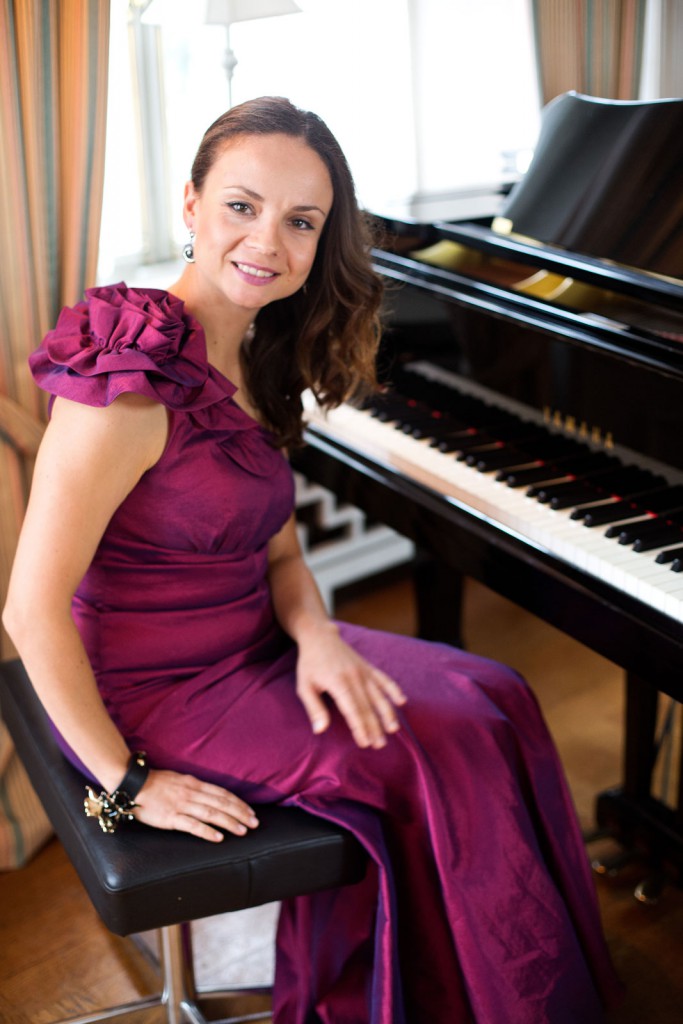